THE RISE AND
FALL OF AN
IRA COMMANDER 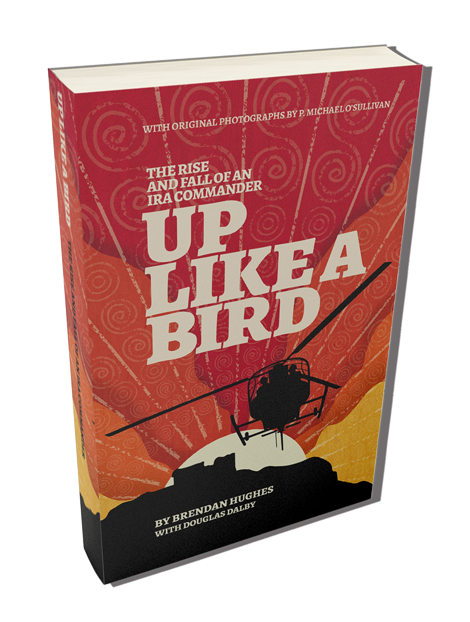 Brendan Hughes’ gritty memoir charts his rise through the ranks of the IRA in the early 1970s. Hughes reveals how a secret IRA unit planned and executed the celebrated helicopter escape from Mountjoy Jail in 1973 and carried out a series of audacious fundraising bank raids in the Republic. For the first time, he also tells the inside story of how the IRA planned its mass breakout from Portlaoise Prison in 1974.

Oistin
★★★★★
January, 2023
Read More
A real ripping yarn , very well written of a story, warts and all , that needs to be told. Although the historic facts are well known it was fascinating to read the details and see the personalities involved in two iconic republican events. And ultimately to see how divergent their paths became in subsequent decades. From putting. his life and liberty on the line to free his comrade to old age isolation. Rise and Fall, is a long hard road, paved as he says by many of his own mistakes and bad decisions but lonely none the less. Worth adding to any collection.

Patrick
★★★★★
January 2023
Read More
Brilliant first hand account of someone who was in the thick of it all. About to order another copy to give to my dad.

Ann Docherty
★★★★★
January 2023
Read More
Excellent read! This engrossing tale is so well written that it is hard to put down! The narrative really comes to life and the addition of original photographs make this beautifully published book a triumph. Well done Douglas Dalby, looking forward to more!

John McGrory
★★★★★
December 2022
Read More
Definitely a good read. The reason I bought the book was because I was working on the roof of the Mater Hospital at that time and could see the helicopter dropping into Mountjoy prison and rising again with a guy standing on a bar holding onto the the door or something and as one of the prisoners said in the book he thought they were SAS we on the roof thought they were after the Littlejohn brothers who claimed to be British agents at that time.